Malibu is one of our favorite spots in California.  It is a strip of 21 miles of prime Pacific coastline at the top end of the Santa Monica Bay, which is known for it’s ocean scenery, beautiful beaches, not to mention being home to many of the Hollywood movie stars and personalities.

Last weekend, Denise and I were blessed to spend a few days in Malibu, which was made possible by a family who generously let out their guest house to seminary couples.  This allowed us to escape to the beach for a few days, to relax and have some uninterrupted time together.  Naturally, I took my school work with the best intentions of getting a lot of work done, especially at this end of the semester, but once we arrived, my study was pushed aside for the sake of spending some quality time with Denise.

We grabbed some lunch at the Paradise Cove Beach Cafe, then spent the rest of the afternoon walking a few miles along the beautiful coastline.  Paradise Cove is 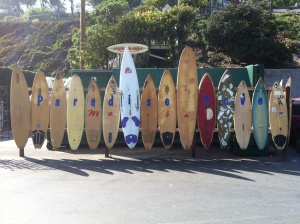 a great spot to spend the day, which explains why the location has been featured in many movies, TV shows and commercials.  After a restful afternoon, we indulged in a little reminder of home by having fish and chips for dinner at Malibu Seafood.  Actually, the fish and chips weren’t bad and were definitely the best we have had in the U.S. thus far.

The next day, Denise and I went for a bike ride (guided by our kind host) along the very scenic Westward Beach Road which runs at the base of sea cliffs. At the end of the road, we parked our bikes, hiked up Point Dume and took in the wonderful views which were afforded to us.  On the way home, we stopped by Zuma Canyon Orchids, where we were kindly given a guided tour of the property and the operation by owner George Vasquez, who is essentially the ‘supplier to the stars’.  George mentioned that we had just missed Janes Leeves, to which I quipped that George should call her up and tell her she left some plants behind in an attempt to get her to come back. We also saw pots owned by Maria Shriver, the Beckhams, the Ramsays and many others who had ordered orchids from George. 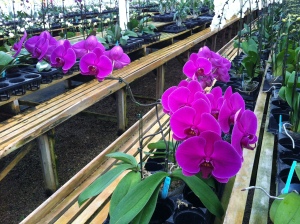 The orchids were beautiful and even though the people who worked with the orchids were obviously very talented in orchid arrangement, I couldn’t help but be reminded of the creative genius of our awesome God, by which, much like the scenery along the coast, His glory really is being constantly displayed in His creation. 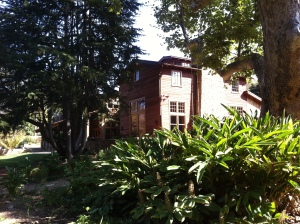 Denise and I are very grateful to have spent a few restful days in Malibu, courtesy of the generosity of the Ryan family.  We highly recommend this experince to every seminary couple and are already planning to go again some time in the new year.